Part 1. Paleo diet: what, how and why 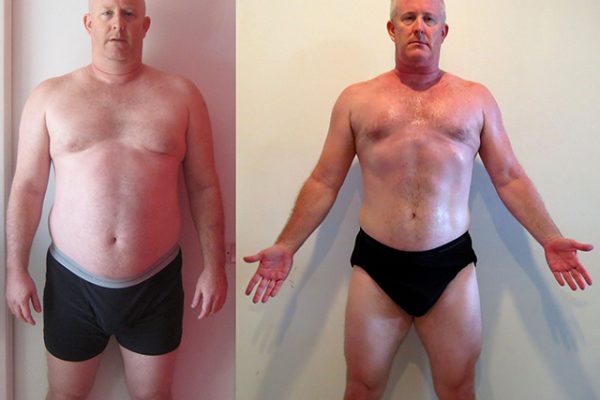 First of all, I would like to congratulate you for your interest in the Paleo diet. I have been on  this diet for quite some time now (do cheat once in a while), mainly because its a healthy diet with many health benefits. In this article I will explain to you why you what it is in detail, how to go about it and why you should start this diet. You will soon learn that going Paleo is about more than just diet, though it certainly starts there. It’s also making choices for a healthier lifestyle all around. And that’s wonderful isn’t it?

Like any bold change you want to make to better you health, however this one will require some sacrafices and will take take some getting used to. This may sound discouraging, but it’s important to be honest. The Paleo plan requires that you give up foods that you may have learned to associate with comfort and good times, like sugar, white bread and potatoes, processed foods and dairy. I know it sounds scary. The good news, and it’s really good news!, is that the sacrifices you’ll make have huge payoffs for your health.

Within the first few weeks of making the change to the Paleo diet, you should experience:

If these are the benefits you are seeking, you will not be dissapointed. The added bonus is that you’ll learn to use the slow cooker to keep you on the Paleo diet (I love this part!). This means that after a while you have a collection of recipes you have been collecting and which I have shared with you already on this blog and that will make eating, and enjoying meals, easy and affordable at the same time you’ll be reaping the benefits of Paleo.

“Paleo” is short for Paleolithic. This was the time period dating from approximately 2 million to 12,000 BCE. Next was the Mesolithic Era. from roughly 12,000 to 8,000 BCE and the Neolithic Era, or roughly 8,000 to 5,000 BCE and the transition to a more agricultural, domestic lifestyle for ancient humans. The Palelithic eras is also referred to  as the Stone Age. It is when our ancestors became much more skilled at hunting with stone tools, which enabled them to hunt for animals more effectively. For most of this period, humans were simple hunter gatherers, competing for food sources with the likes of wooly mammoths and savage wooly rhinoceroses, giant deer, bison, musk ox, and hare. They were much more in sync with their environments, out of necessity and adapted to the demands of the day, spending many hours foraging and hunting.

Because caves afforded some of the best protection against wildlife and the elements, we have come to refer to our ancestors of these eras as “cavemen,” and thus the Paleo(lithic) diet is sometimes referred to as the cavemen diet. It is a simplification, of course, but it also provides a great concept for the diet, which is one based largely on meat, fish, eggs, vegetables, and fruits. It’s also a fitting concept for the lifestyle of Paleo people, active, ever watchful, keenly aware of their surroundings.

Paleo for the Modern World

Though we may be borrowing from the concept of “necessity” eating and activity from our Palo brethren (sistren), be glad we are living today’s modern world where, for us, this is a choice rather than a necessity. If we had to get out there and bring down our meals on a regular basis, we wouldn’t have time to read, or write, sharing and cooking yummy Paleo recipes I have posted on this blog. 🙂

We’ve come a long way, baby, for real! and there’s no need to go backward. That’s another great thing about today’s Paleo diet (and my recipes): It contains far more variety than a cave person could have ever conceived of, and healther means of preperation, as well!

These are discussion points beyond the scope of my recipes but ones the Paleo enthusiasts debate frequently, and rightly so, As the benefits of the diet to the overall health make aand more of its aspects.One of the founding fathers of the Paleo diet and lifestyle is Loren Cordain, PhD. He is the author of the Paleo Diet and several spin-offs from that book. He speaks about the diet around the world. He has a website(www.thepaleodiet.com) and a blog and is considered “the leading expert on paleolithic diets and founder of the paleo movement”. He is an excellent resource to tap into as you learn more about Paleo.

And now, go ahead and try my slow cooker recipes and eat! In my next article I will try to explain how you can go about and start preparing your pantry for the big change to the Paleo diet.