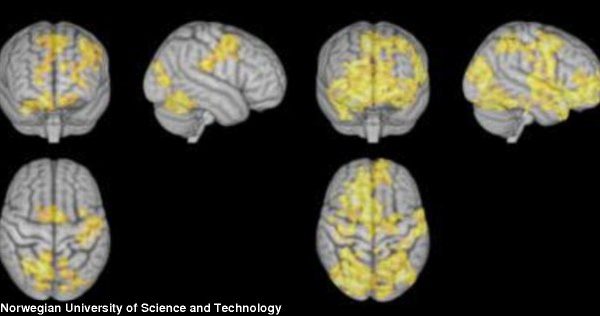 Your brain processes more ideas and feelings when you are meditating than when it is just resting, a fascinating research has found.

Also, letting your mind wander is more effective than concentrating on emptying your head of thoughts, scientists said.

“Meditation is more than just a way to lower stress,” said researchers from St Olavs Hospital in Trondheim, Norway.

There are countless techniques such as Zen, Buddhist and transcendental meditation.

These techniques can be divided into two main groups – ‘concentrative’ meditation where the person focuses on breathing and ‘nondirective’ which allows the mind to wander as it pleases.

The participants had experience with a ‘nondirective’ form of meditation practiced in Norway called ‘Acem’.

They found that the brain processes more thoughts and feelings during meditation than when people are simply relaxing.

The study indicates ‘nondirective’ meditation allows for more room to process memories and emotions than during concentrated meditation, said professor Svend Davanger from University of Oslo.

This area of the brain has its highest activity when we rest.

“It is remarkable that a mental task like nondirective meditation results in even higher activity in this network than regular rest,” he added.

The findings were published in the journal Frontiers in Human Neuroscience.

The non directive meditation called The Transcendental Meditation. This introductory video provides a clear description of what happens during TM practice. Over 350 published research studies have found that the TM technique effortlessly produces a state of restful alertness that markedly reduces stress, anxiety, and fatigue, and promotes balanced functioning of mind and body.

Hundreds of scientific studies have been conducted on the benefits of the Transcendental Meditation program at more than 200 independent universities and research institutions worldwide over the past 40 years. The National Institutes of Health have awarded over $26 million to research the effectiveness of TM for reducing stress and stress-related illness with a focus on cardiovascular disease. Findings have been published in leading, peer-reviewed scientific journals, including The American Journal of Cardiology and the American Heart Association’s Hypertension and Stroke. To view scientific proof, read more here.


I don’t know whether it’s just me or if everyone else encountering problems with your site.
It looks like some of the text on your content are
running off the screen. Can somebody else please comment and let me
know if this is happening to them as well? This may be a issue with my browser
because I’ve had this happen before. Appreciate it