Watch out! These seven foods may not be what you think. 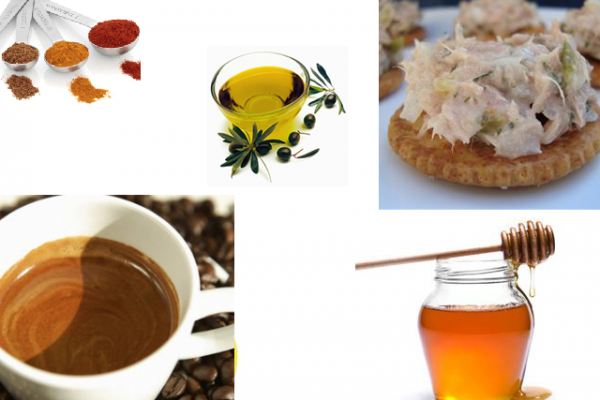 A consumer advocacy group is warning in an updated report that some of the food items shoppers see on store shelves aren’t what they seem.

The nonprofit U.S. Pharmacopeial Convention has recently released a new update to its Food Fraud Database, whereby the group has documented cases of food fraud, as reported by scientific journals and the media.

For the record, food fraud is defined as the “deliberate substitution, addition, tampering or misrepresentation of food, food ingredients or food packaging, or false or misleading statements made about a product for economic gain,” the organization says.

‘We try to promote informed decision-making’

“In many cases,” the New York Daily News reported, “more expensive foods are filled out or replaced with less expensive, and sometimes potentially harmful, substitutes” and fillers.

Foods are “fraudulent” when the maker isn’t honest with the U.S. Department of Agriculture, the Food and Drug Administration and other federal and state regulatory agencies about what is actually being put in products, according to Dr. Markus Lipp, senior director of food standards at USP.

“In general, the U.S. food supply is very safe, because of the vigilance of the FDA, the food industry and consumers,” he told the paper. “With the database, we try to promote informed decision making.”

The organization added a staggering 800 new records to its existing food-fraud database from the years 2011 and 2012.

Powdered spices especially, such as turmeric, saffron and chili powder, can be diluted or replaced outright with less expensive spices or fillers.

Some products, as Natural News has reported, are labeled “100 percent pomegranate juice,” but in fact are filled mostly with other fruit juices or sugar water.

Beverage giant Coca-Cola was recently able to dodge a federal claim of false advertising on one of its “pomegranate” drinks – but just barely. Minute Maid, which is a subsidiary of Coca-Cola, can continue to label one of its drinks “Pomegranate Blueberry,” even though it is almost entirely made of apple and grape juices, and contains a paltry 0.3 percent pomegranate juice and 0.2 percent blueberry juice.

Touted for its overall health benefits, olive oil is being utilized more and more by Americans interested in a cleaner diet. But, USP says, some olive oils are being diluted with less expensive vegetable oils, which is not only fraudulent but which serves as a far less healthy food choice.

That “white tuna” on your plate of sushi may, in reality, be far less expensive escolar, which is a fish that is banned in other countries including Italy and Japan because it has a high content of waxy esters that contribute to a kind of food poisoning called gempylotixism. The FDA approved escolar for consumption in the early 1990s, but the agency advises against selling or eating it.

Sometimes foreign makers of these food items include clouding agents in them to make them appear as though they are fresh-squeezed. The USP says about 4,000 people in Taiwan became sick recently after ingesting products that had been filled with dangerous phthalates, a chemical that is also found in plastic, the report said.

Yes, even that ubiquitous, acidic morning beverage can be fraudulent. Coffee can often be laced with other fillers to increase volume and boost profits by decreasing manufacturing costs.

These products can often be filled with high fructose corn syrup and other sugars, thereby diluting their purity and making them fraudulent.

So, how do you know if what you are buying is legitimate or fraudulent? Lipp says there are a number of steps consumers can take to avoid being duped.

They include: doing your homework and not being afraid to contact manufacturers to inquire about their ingredients, buy whole foods when possible, and know what a bargain is and what isn’t. For instance, if you spot an entire gallon of “extra virgin” olive oil that is far cheaper than similar products, you’re probably not getting a legitimate product.