Why avoiding sunshine could kill you 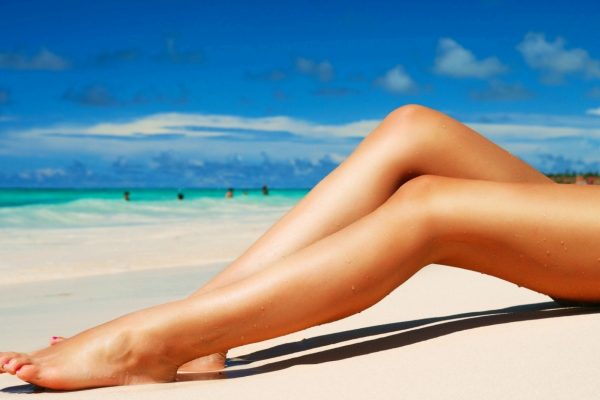 Researchers followed 30,000 women for 20 years and found that those who avoided the sunshine were twice as likely to die.

“Sun exposure advice which is very restrictive in countries with low solar intensity might in fact be harmful for women’s health.

“The mortality rate was increased two-fold among avoiders of sun exposure as compared to those with the highest sun exposure habits.”

It is thought that a lack of vitamin D may to be blame. Vitamin D is created in the body through exposure to sunshine and a deficiency is known to increase the risk of diabetes, tuberculosis, multiple sclerosis and rickets.

Cases of rickets have risen fourfold in the last 15 years as sunscreen has increased in popularity.

Previous studies have shown that vitamin D can increase survival rates for women with breast cancer while deficiencies can signal prostate cancer in men. Low levels of vitamin D have also been linked to more aggressive forms of skin cancer.

Prof Dorothy Bennett, Professor of Cell Biology at St. George’s, University of London, said: “The findings support the consensus that the ideal amount of sun exposure for Northern Europeans is ‘a little’, rather than zero.

“As the authors comment, our bodies need sunlight to make essential vitamin D, which can help us resist some cancer types. Those who normally avoid the sun and/or cover most of their skin are advised to take vitamin D supplements.”

The study looked at 29,518 Swedish women who were recruited from 1990 to 1992 and asked to monitor their sunbathing and tanning salon habits.

After 20 years there had been 2,545, deaths and researchers were surprised to find that women who never sunbathed during the summer months were twice as likely to have died from any cause.

1.5 women in a 100 who had the highest exposure to UV were found to have died, compared with 3 in 100 for women who had avoided sunbathing.

Public Health England says it would be considering the research carefully.

A spokesman said: “Public Health England constantly reviews scientific research and our experts will consider this paper along with other peer reviewed research into this issue as part of that process.”

Dr Andrea Darling, Post-doctoral Research Fellow from the University of Surrey, said there was still strong evidence that skin cancer is caused by sunbathing.

“The findings from Dr Lindqvist’s team are interesting, but it is possible that the women in the study who had high sun exposure differed from the women who had low sun exposure in ways that may explain their reduced cancer risk.”

“The reasons behind higher death rates in women with lower sun exposure are still unexplained, as unhealthy lifestyle choices could have played a part,” she added.

“Overexposure to UV radiation from the sun or sunbeds is the main cause of skin cancer.

“We all need some sunshine to make vitamin D for healthy bones. Enjoying the sun safely while taking care not to burn should help most people strike a good balance.”

A spokesman for the Department of Health said: “Skin cancer can have devastating consequences and it is vital that people take steps to protect themselves.

“However, we also recognise the importance of Vitamin D for good health. Most people in the UK can get enough vitamin D from sunlight, but those at risk of vitamin D deficiency should take daily supplements.

“We are working to raise awareness of the symptoms of cancers through the Be Clear on Cancer campaigns. Anybody concerned about symptoms should visit their GP.”

The research was published in The Journal of Internal Medicine.