New study: Hypertension drugs may shorten your life instead of extending it 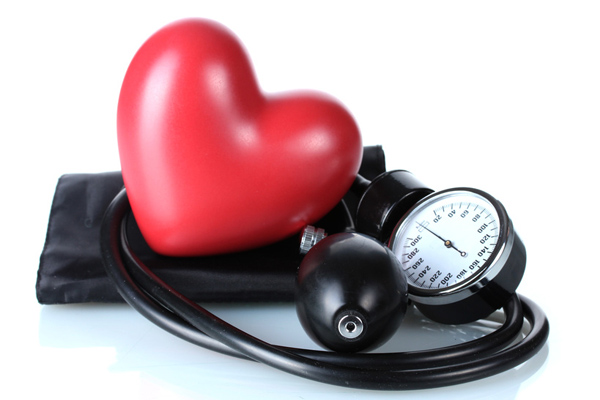 Using drugs to lower your blood pressure may shorten your lifespan instead of extending it, according to the results of a University of Florida study.

Hypertension is dangerous if uncontrolled, increasing your risk for heart attack and stroke. But using drugs to lower your blood pressure may shorten your lifespan instead of extending it, according to the results of a University of Florida study.

The study, published in the Journal of the American Medical Association,1 suggests that when it comes to blood pressure medication, less is more.

This is another example of using drugs to “Band Aid” a health problem without addressing the underlying cause. There is a major difference between achieving a healthy blood pressure number by eating well, exercising and managing stress, versus “forcing” your body to produce that number with a drug.

Drugs promised to be safe have, on many occasions, done more harm than good, yet blood pressure medications join sleeping pills and painkillers as some of the most popular drugs in America.

Be Careful—Blood Pressure Drugs May Backfire On You

The featured study was performed on individuals age 50 and up who had been diagnosed with both type 2 diabetes and CAD (coronary artery disease). The standard hypertension guidelines for diabetics suggest maintaining a systolic blood pressure under 130 mm Hg, but there is little data for the growing number of diabetics who also have CAD. This study aimed at filling that informational gap.

Each person in the study received one or more blood pressure medications (a combination of calcium antagonist, beta-blocker, ACE inhibitor, and diuretic) in whatever combination required to achieve a systolic blood pressure less than 130 mm Hg.

Researchers discovered that tighter control of blood pressure in these patients was NOT associated with better outcomes! The uncontrolled group fared worst, which wasn’t surprising. But the group whose systolic blood pressure was held between 130 and 140 actually showed a slightly lower risk of death than the group whose systolic was maintained at the recommended level—under 130 mm Hg. The authors write:2

Drug fatalities more than doubled for teens and young adults between 2000 and 2008, and more than tripled among people age 50 to 69. It’s estimated there are 450,000 preventable adverse events related to medications in the U.S. every year, accounting for a substantial proportion of emergency room visits.

In a June 2010 report in the Journal of General Internal Medicine, almost a quarter of a million deaths resulted from in-hospital medication errors between the 1976 and 2006, based on a review of 62 million death certificates.

This doesn’t include the people who died after taking drugs exactly as prescribed! And when you add in deaths from hospital-acquired infections, unnecessary medical procedures, and adverse surgical outcomes, conventional medicine should top the list of the leading causes of death in the United States.

The Little-Known Connection Between Carbohydrates and Your Blood Pressure

The good news is, the vast majority of you don’t need prescription drugs to normalize your blood pressure. In most cases, hypertension can be reversed with a few basic adjustments to your diet and lifestyle.

Are you on a high grain, low fat regimen? If so, I have bad news for you. This nutritional regimen is a prescription for many to develop hypertension. For years I’ve been advocating avoiding wheat, and this advice is finally making its way into the mainstream. The LA Times just featured an article discussing how wheat (and low-fat diets) contribute to inflammation, heart disease, diabetes, joint pain and many other chronic health problems. Cardiologist William Davis is quoted as saying:3

This is not new information. Scientific research published way back in 1998 in the journal Diabetes reported that nearly two-thirds of the test subjects who were insulin resistant also had high blood pressure. Insulin resistance is directly attributable to a high sugar, high grain diet, especially if accompanied by inadequate exercise.

So, chances are that if you have hypertension, you also have poorly controlled blood sugar levels, because these two problems often go hand in hand. As your insulin level increases, so does your blood pressure.

Along with excessive carbohydrates, most people are consuming inadequate dietary fats, in terms of both quality and quantity. Contrary to what you’ve been told, glucose is not the preferred fuel of human metabolism—fat is. And fat doesn’t make you fat—excess carbohydrates make you fat. I believe that most people would benefit by consuming around 50 to 70 percent of their diet as beneficial fats. Sources of healthy fats include:

Sun is Shining is a dynamic whole-food formula that contains 100% raw, vegan, organic or wild-crafted superfoods, plus an amazing probiotic and enzyme complex. Sun is Shining contains over 60 powerful ingredients, such as green grasses, dark leafy green vegetables, herbs, and algae.

Probiotics (friendly microorganisms) live in our digestive tract and enhance digestion, nutrient absorption, and support the immune system. Probiotic-rich foods such as Sun is Shining are imperative for keeping our inner ecosystem in balance.

Sun is Shining contains a powerful medley of nutrient dense foods grown in a variety of mineral-rich environments. Sun is Shining is specifically designed to help cover our nutritional bases and is packaged in an environmentally-friendly amber glass bottle with a metal lid and oxygen absorber for optimum nutrient preservation.


I have just recently been prescribed bp medication. My blood pressure was 190/80 when I went to the doctor a week ago. I am not over weight, I excercise regularly…… I don’t want to take this crap. I have however started taking it because the doc scared me to death. He said if I didn’t start rt away I could have a stroke. I know 190 is very high ….I’ve never been that high before. I did start it
and have taken 3.125 ml of carvedilol for 5 days once in the morning and once at night. I don’t feel any different…my heart is still pounding… I want off of this stuff… I just want to do it naturally. Please can you help me?